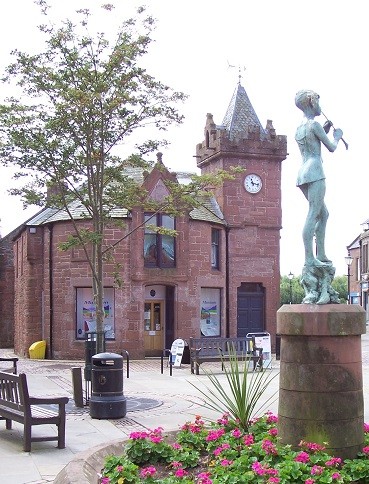 Kirriemuir Gateway to the Glens Museum

Gateway to the Glens Museum is situated in Kirriemuir Town House. Built as the town's jail and courthouse it has been at the heart of Kirriemuir since its construction in 1604. The museum opened in 2001, after the building was carefully restored and conserved.
The museum tells the story of Kirriemuir and the Angus Glens through a programme of temporary exhibitions, a model of the town as it was in 1604, a natural history diorama and a display of rare archaeological finds from the area, including the Glasswell coin hoard.
Visitors can uncover the history and personalities of the town, birthplace of Sir J M Barrie, author of Peter Pan, Geologist Sir Charles Lyell and AC/DC singer Bon Scott.