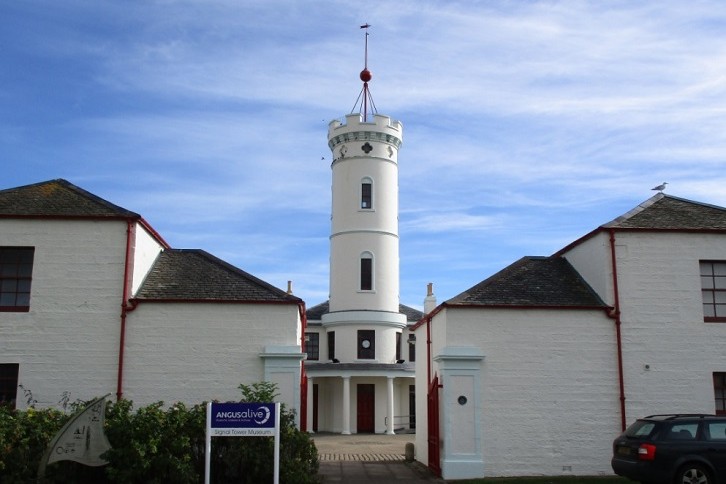 Signal Tower Museum is located near Arbroath's picturesque and busy harbour, in a complex of buildings which were originally used as the shore station and accommodation for the Bell Rock Lighthouse. Built in 1813, Signal Tower served the lighthouse until it was decommissioned in 1955 and became a museum in 1974.
Hear about the story of the magnificent Bell Rock Lighthouse and how the coastal town's connection with the sea has influenced Arbroath's social, industrial and ecclesiastical history. Using multi-media displays and historic objects, the museum tells the story of Arbroath's fishing and maritime industries.
Visitors can climb the dramatic spiral staircase and visit the tower room, for those who are unable to climb the 70 steps and ladder into the room there is an opportunity for a virtual visit, which is also available in Gaelic, Polish and Romanian.